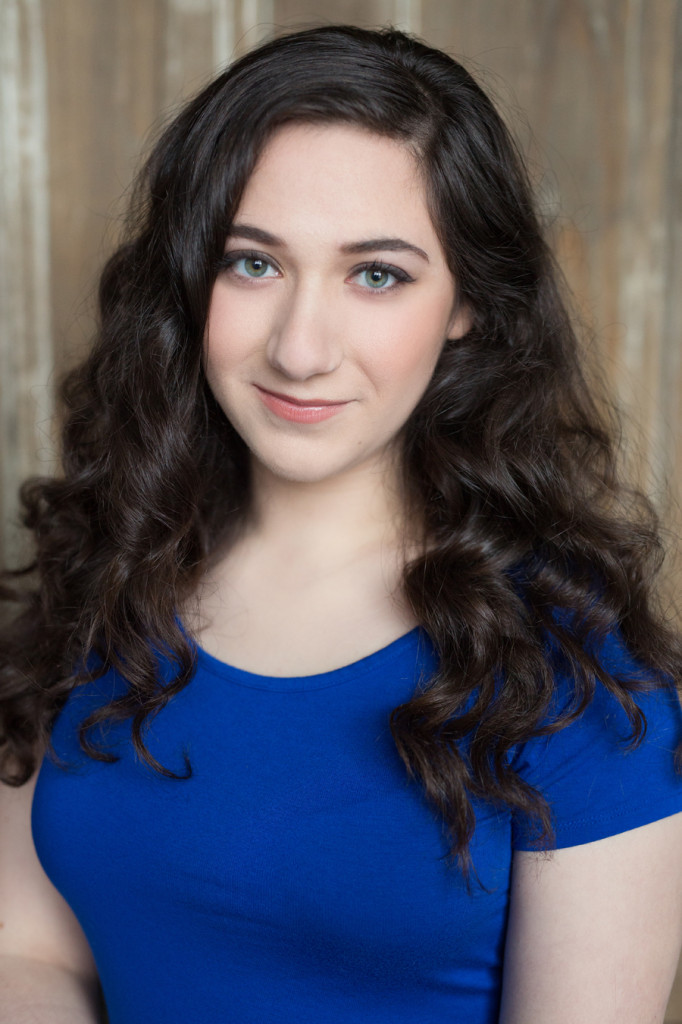 A familiar face returns to the stage that started her career for Gallery Players production of Funny Girl. Paula Shtein has spent the past year and a half in New York City with an active career starring in a national tour. But before she took the plunge to pursue her dream, she spent her formative years in the JCC Roth/Resler theatre. There, she was inspired by what she saw on stage and performed in a production for the first time (as a giraffe, she recalls). Paula returns to take the leading role in Funny Girl December 8 – 23 at the JCC.

Paula will star as Fanny Brice, a Jewish comedienne who rose to stardom headlining Broadway’s Zeigfeld Follies in the early 1900s. Barbara Streisand famously portrayed Brice in the original Broadway production of Funny Girl and its film adaption.

According to Paula, this is her dream role. Like Fanny, Paula is a Jewish actress in New York City with big goals and the never-ending determination needed to achieve her dreams.

“Fanny doesn’t take no for an answer, which I find incredibly empowering. She has a laser focus on what she wants and goes after it. Not only am I learning about Fanny, I’m learning from Fanny,” Paula said.

Paula is inspired by Fanny’s confidence, strength, and determination but feels a special connection because of their shared Jewish identity.

“There is something about Jewish culture and the Jewish people that is so unique,” Paula said, “I can relate completely to the type of humor and I imagine Fanny’s community based on the experiences I’ve had being in a Jewish community myself.”

Jewish identity is an important reason for Paula to be a part of this show and for it to be shared with the community.

“To see a Jewish girl on stage with so much determination and strength is important and inspirational,” Paula said, “She is someone who doesn’t look like the other girls – she has features that differ from the other ‘beautiful’ Ziegfeld dancers but she says ‘it doesn’t matter, I can still do this.’ That is such an empowering message.”

Fanny’s message is clear. Just because you don’t look or sound the same as other people doesn’t mean you can’t go after your dreams. You just need the determination to do it.

“Fanny has that determination in spades,” Paula said, “She broke the standard of what people thought a star should be. She made it okay to be different. A Jewish girl from the lower east side became a star and it all came down to her belief that she could be one.”

While Paula is working on her own path to stardom in New York City, she finds it very fitting to perform her dream role in her hometown.

“Gallery Players was one of the first places to grant me roles and really encourage me in the arts,” Paula said, “I learned so much about performing on that very stage. When I think of the shows and roles I’ve done here, it’s some of the absolute happiest, most enjoyable experiences I’ve had. I’m so excited to have the memory of playing Fanny Brice for the first time be on the stage where I got my start.”

Opening night is December 8 at 8:00 pm and shows run through December 23.