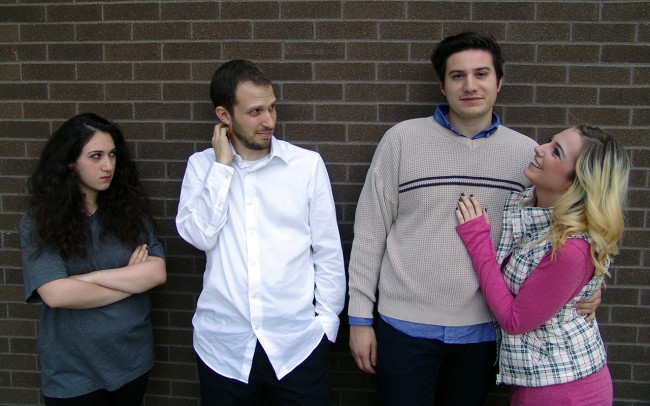 “Shtein’s Daphna — who changed her name from Diana after a trip to Israel the previous year and has taken up Judaism in earnest — is a force of nature, as horrifying at times as she is charming at others.”

“Four young actors do a wonderful job of bringing forward all the nuances and issues of a very compelling family story in “Bad Jews”. I was especially impressed by Paula Shtein with her passionate portrayal and commitment to the character of the conservative, outspoken and most fundamentally self-centered, self-righteous cousin Daphna.  Of particular note is how this character talks 100-miles-a-minute as she tries to force her ideas on everybody.  Though she was talking fast most of the time, I understood almost every word that Shtein said.  I have such admiration for that…This is a powerful script and a well-directed, well-acted show.”